Protein Fantasy is a food design fiction that suggests a different way of looking at the “natural” process of culturing meat and pushing the possibilities of producing food. It also visualizes a possible living context and new foods in the future, with the research on “clean meat”. Protein Fantasy is also designed to question industrialized food systems across the world today that prioritize high volume, low cost, unsustainable practices, and a lack of design diversity.

In the U.S. there is a highly industrialized food production model and food culture. These are the products of a market economy which hide unhealthy, opaque, insecure, environmentally unfriendly, and even unethical issues. Due to these problems, food designer Yunwen (Tutu) Tu proposes Protein Fantasy, a future living scenario in which clean meat has already adapted to our daily life and diet. In this scenario, we live in a society of autonomous agriculture, where people have efficient smart food systems in their homes.

A self-sufficient farming system will be a standard part of every home kitchen, including a smart greenhouse, a hidden bioreactor and a protein fermentation machine, the Protein Weaver. Instead of consuming animal products, it is possible to grow various proteins at home just like fruits and herbs and ferment them like yogurt. Food doesn’t have to be categorized by its sources, such as beans and cattle, but by its own mouth-feel and the way we use the ingredients in our meals. The formal design language, which includes shape, size, texture, and color, can be determined not by its geometric industrial packaging or shipping concerns but by the flavors and reinvented production process.

The raw material for the proposed protein cell culture and synthesizers come from homegrown vegetables, fruits and nuts, and the waste residue from the growing protein cells is used as a greenhouse fertilizer. This uses natural ingredients and biotech to produce organic food, rather than highly-artificial and chemically synthesized foods. 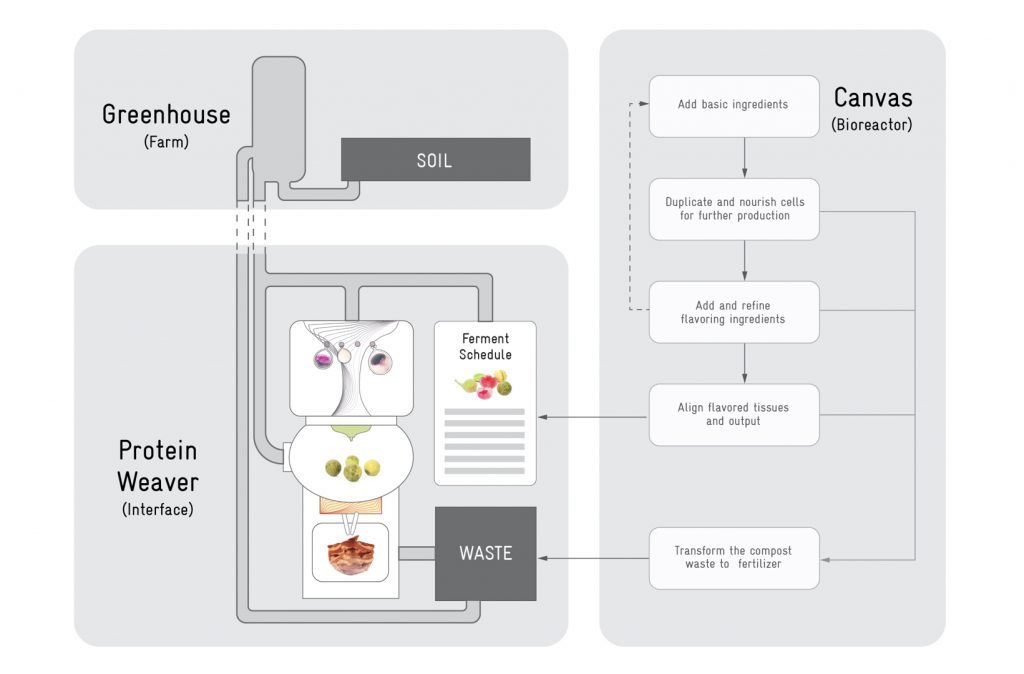 "In the process of developing new proteins, adding different ingredients can change the taste and texture of the final outcome."

To meet the needs of modern people and to shorten the time of cooking, protein will gradually mature in cultivation that can be directly harvested and consumed. Farmers have become the pioneering experimenters by continually discovering new tastes and formulating recipes.

In order to bid farewell to the traditional meat culture, proteins will no longer be categorized by source (cattle, pigs, fish and more) but based on their texture: chewable muscles, soft and tender solids, semi-liquid sauces and more.

In the process of developing new proteins, adding different ingredients can change the taste and texture of the final outcome.

In this new environment, Tutu redefines the form and interaction of food, thinks about how to design foods based on new technology, how to consider the interaction between people and food, and how to make food more visually meaningful and pleasing. Here are two examples of food categories: Balloon Paste and Woven Jerky.

Balloon Paste is composed of different flavors of sauce wrapped in edible degradable skin. Protein Weaver has the opportunity to inject ingredients into a group of raw cellular materials, and these excipients will grow to ferment and support the entire pack of paste.

When it is ripe, you can take it down directly and squeeze the sauce over food.With different flavors, Balloon Paste will grow into different shapes and different sizes with different thickness. 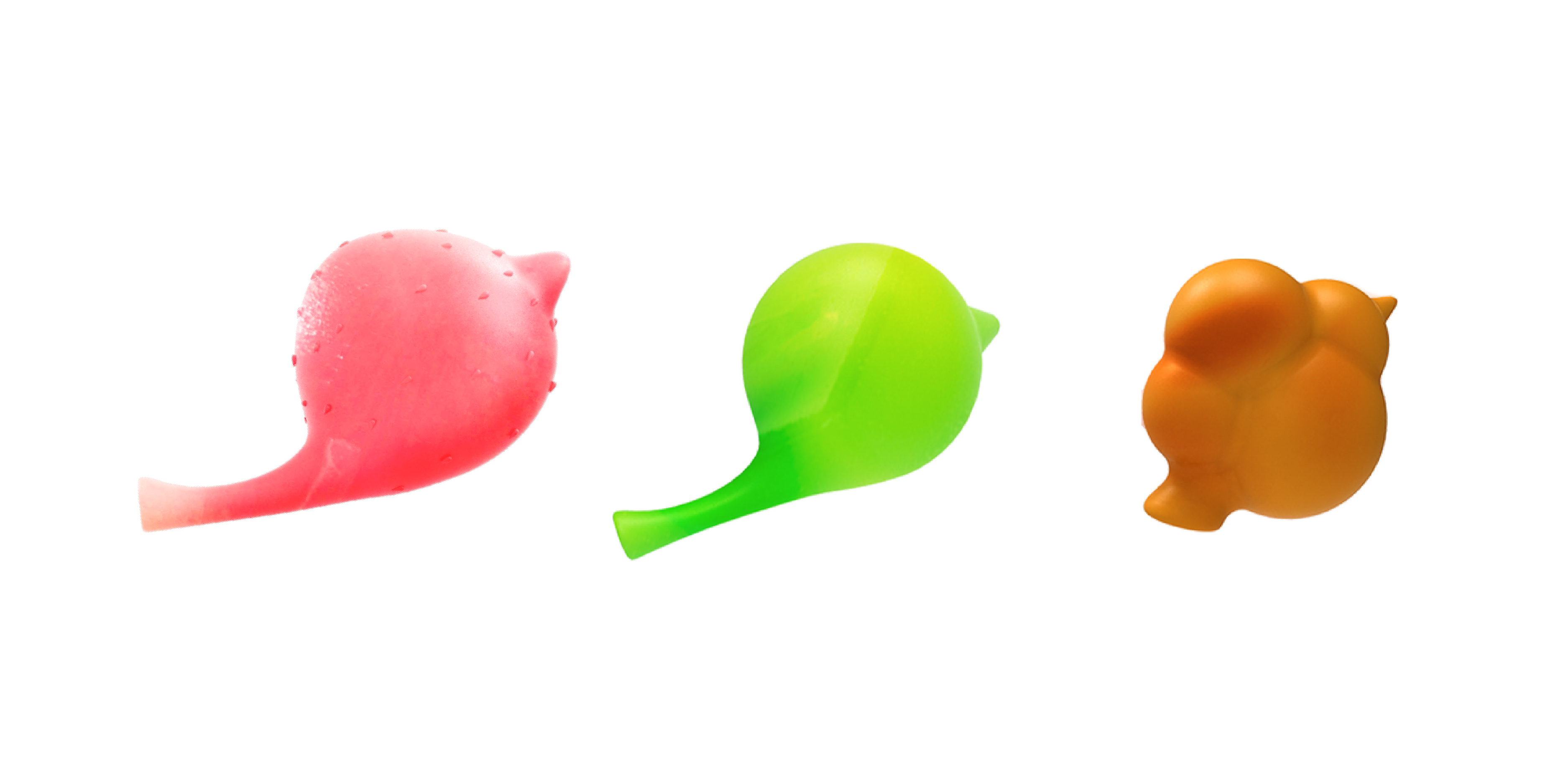 From left to right: berry, ginger lemon, and peanut flavor

The wrapped skin will carry a portion of the seed in the raw material, and the user can put it directly into the soil for planting or process it into fertilizer. Over time, the epidermis color of the food will gradually darken and become cloudy, making freshness and expiration of food more intuitive and easier to read. 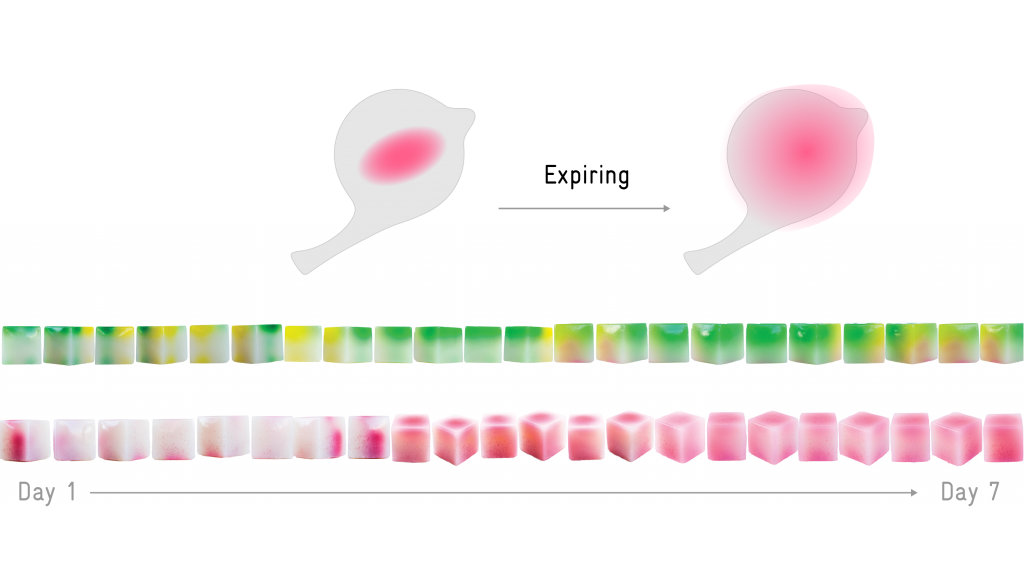 Another more chewable food is Woven Jerky. It is printed and stacked with the nozzle of the Protein Weaver. This clean meat is slowly woven into a bowl and gradually matured. We can pull the meat from the top directly for consumption or cooking.

The bottom part is freshly made and is tender to eat, while the top part has richer, similar to dry-aged steak.

Inspired by Xiao Long Bao, a small soup pork bun which is often eaten in careful steps, Tutu proposes a design set that creates different multi-sensory interactions with new shapes. There is also a smaller size for individuals that can add different seasonings into the tube. The eating experience becomes more delicate with the form – you can smell it first or take a sip, then taste the unexpected flavor in it. 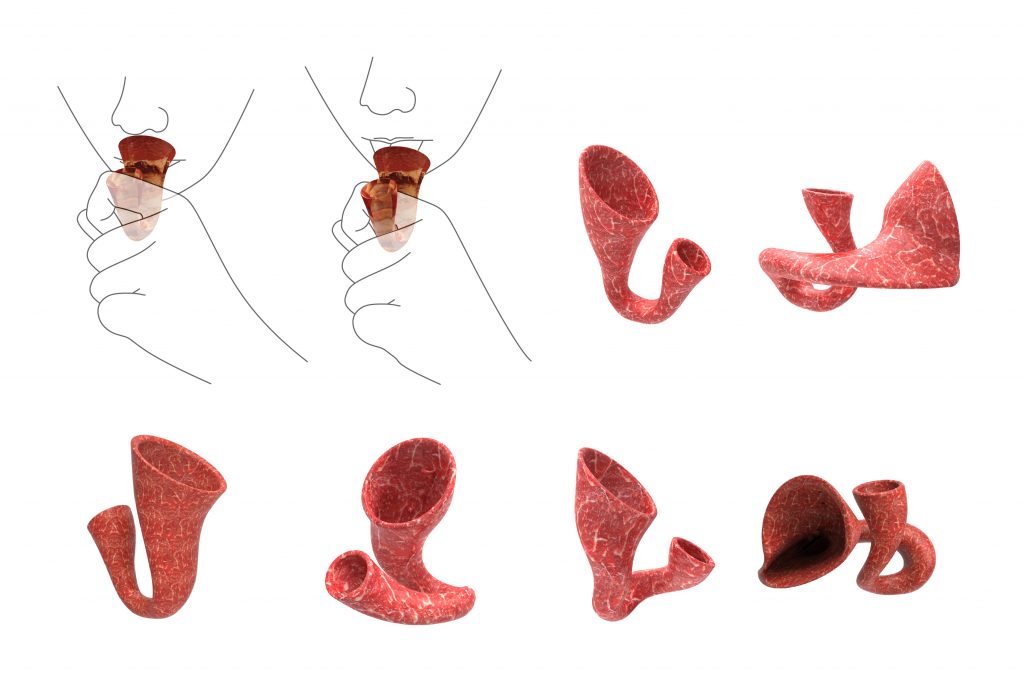 By better understanding the “natural growth” process of food science and technology foods, and the way people interact with it, we have more design potential to explore.  By thinking about how to take the eating experience a step further, there is a hope that more people join the conversation about a more sustainable food culture.

As a way of presenting the new food culture of Protein Fantasy Tutu also designs new utensils to explore the interaction between food and the environment. 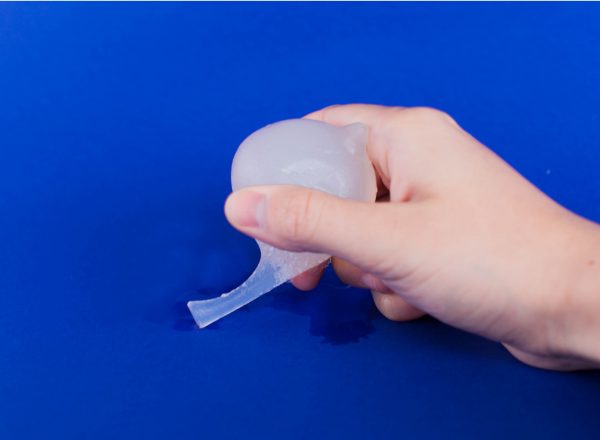 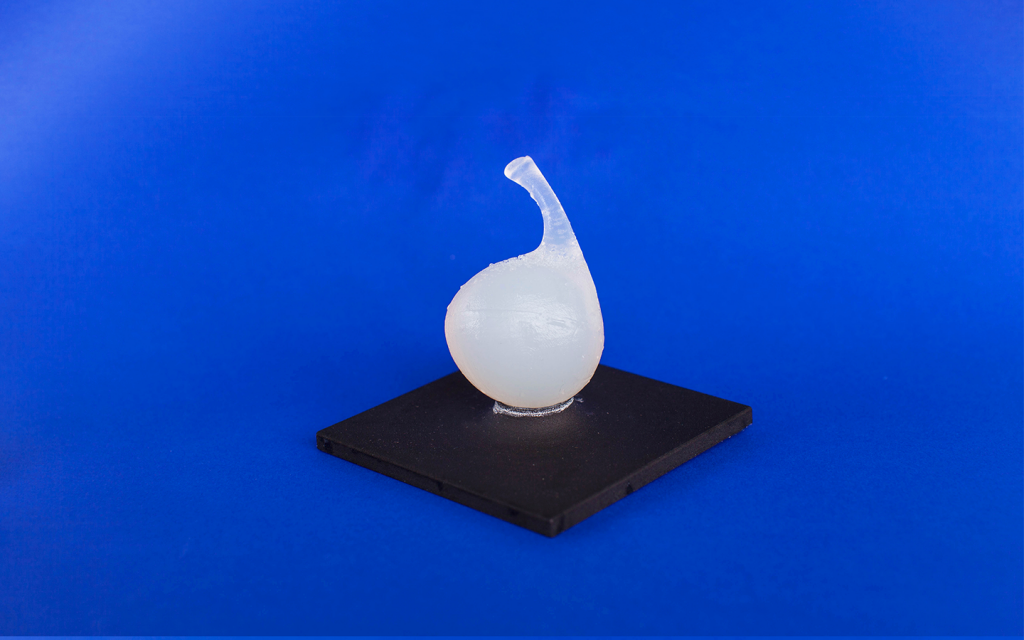 The alternative is to find a system that with leaves less of a carbon footprint and animal slaughter. Animals as livestock for food production could completely disappear and with it, the enormous energy consumption and waste from those industries are also reduced.

Protein Fantasy, the future food, is based on integrating new technologies and lifestyles. We are regaining control over food in a new distributed social structure and forming a part of the future multicultural food culture. Through this project, the designer Tutu hopes to provide a new direction in exploring future food design.

Would you eat “clean meat” in the future? What’s your fantasy of protein? 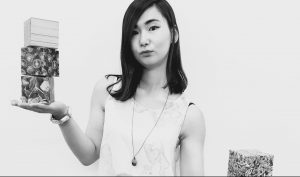 Read more about Tutu on her: