Fermentation is at the centre of Korean food culture, and the fermentation process begins with the bacteria. Without bacteria, we would not have the variety of forms, tastes and foodstuffs such as yogurt, kimchi, cheese, and kombucha. We feel thankful for this and the existence of bacteria is precious to us. But bacteria can also cause illness and decay, and for that they have earned our fear and even hatred. The DIFD’s correspondent Su Hyun Park reports on two projects from an exhibition in Seoul, South Korea called ‘On Qyun, An existence that we don’t know about’ that explored the healthier side of our symbiotic relationship with microorganisms – fostering coexistence rather than eradication.

Microorganisms are the source of all life on earth. Between 30 and 400 trillion microbes, including bacteria, coexist with cells in the human body. Humans also utilise existing bacteria and ferment foodstuffs with them to give pleasure to the mouth and bring good bacteria to the body for survival. It is only relatively recently that the activity and sheer volume of bacteria in the human body has started to be revealed scientifically and now bacteria are often used as health supplements. The era of buying and eating specially grown and processed bacteria has arrived. In the past, however, humans got their bacteria predominantly from the wild and utilised those that existed naturally with and around us: on our bodies and in the air and other substances. The ‘Growing Wild Bacteria’ exhibit by Grocery Cafe Qyun tells us how to cultivate wild bacteria in practice and utilise them in regular fermentation recipes.

"Fermented food is often considered old fashioned, or something in between dead and living"

A pawn shop is a place where people can borrow money, secured by valuable items they leave there in return. This project borrows the meaning of the pawnshop and applies it to memories involving food fermentation. Such memories often involve families: making kimchi for the winter season, for example, is called Kimjang and it is a traditional family event in Korea. On another level, these memories are about ritualised acts of saving germs (microbes for fermentation), killing other germs (by boiling and sterilising), repairing, and improving. Recording memories and sharing values ​​about fermented food is an interesting form of communication about our relationships with each other and with microbes. 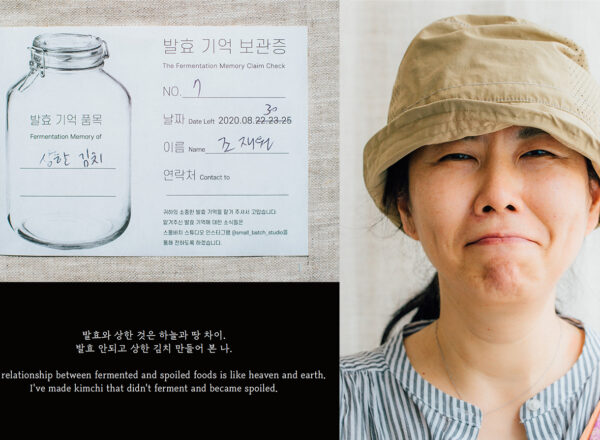 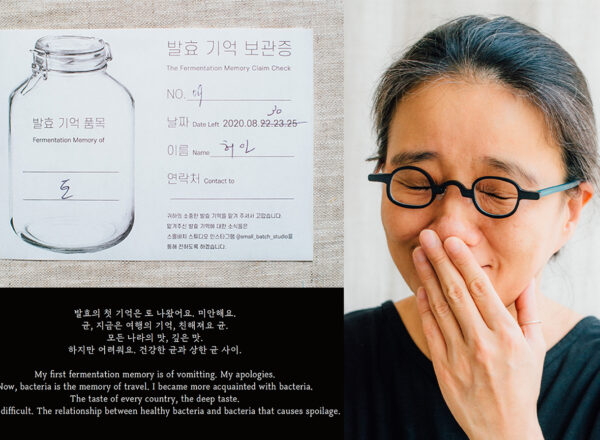 Here’s what food experience designer Kang Eun-Kyung had to say about the concept behind her ‘Fermentation Memory Pawn Shop’:

“What I wanted to talk about through the project is that we are currently experiencing anxiety amid the threat of an invisible germ called COVID-19. But on the other hand, in our memories, there were good bacteria that supported our lives. And the memories of those bacteria are also invisible, but they are alive and are constantly with us in our lives. In the interviews, when the participants talked about fermented memories, they unconsciously used words such as relieved, brother, cool, proud, proud, disappointed, sad, sorry, surprising, wondered, care, etc. to express other people and living things. And in the fermented memory portrait taken while recalling that memory, I was able to read various emotions like the joys, angers and sorrows of life from the expressions of the participants. This memory of fermentation was also thought to be expressions found in the connection and relationship with the living. Fermented food is often considered old fashioned, or something in between dead and living but when I recorded the memories of fermentation, the experience was vividly alive in our thoughts and emotions.” 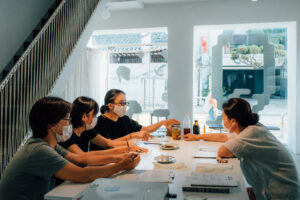 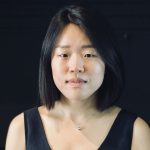