An exhibition about the future of food

The Dutch Institute of Food & Design is opening a new interactive design exhibition on the future of food, presented by the Dutch Embassy in Canada. Called "Edible Futures," it will debut in Ottawa, Canada this week, on the 27th of April. The exhibition will continue to travel to Vancouver in September and Toronto in January. Visitors will be actively involved from the moment they walk in, when they are asked to choose the role of 'consumer,' or that of 'producer.' Each role is accompanied by an audio story that adds a second layer of reality to the experience of walking through the exhibit.

The exhibition takes the visitor far into the future and looks back onto present day. By taking the liberty of stepping into a world of completely speculative scenarios, the visitor is removed from their daily reality and is allowed to think freely, unconnected to the boundaries of our time.

The method of looking back from the future to the present is called ‘backcasting.’ When we think about the future, we have the tendency to take our own time and life as starting point, look at the technological developments going on and project them on the future. But when we look back at the past from the future, we see that developments are not linear. Technology is an important part of our future but we also have to take social, psychological, political and cultural influences into account. These elements make the future much less predictable.

Ranging from the ultimate speculative to designs that are close to implementation, the exhibited work illustrates the audio story but also garner interest standing alone. The selected designs all bring their own stimulating perspective, raise questions on how we deal with food and show alternative ways of thinking, whether they be dystopian, utopian or neutral reflections on food and eating.

The audio stories for consumers and producers are different and in both stories, visitors have to actively think and act from the position of the role they have chosen. At the end of the exhibition the visitor chooses which designs they would prefer to see in the future. Through the act of active participation, the visitor not only passively consumes the exhibition, but actively understands that they are a part of our real future and are able to influence it today.

Food is a hot topic and many people are working on new developments.

The importance of food in global dialogue

There are a lot of issues going on in the world today. Many of these are directly linked to food. Think about obesity, bee starvation, lack of biodiversity, climate change, a distinct gap between producer and consumer, lack of food knowledge and food culture, food allergies, an upcoming phosphate shortage and a declining fresh water supply just to name a few. Food is a hot topic and many people are working on new developments. Many of these are technologically driven and seem to ignore the human aspect of food. The Edible Futures exhibition wants to discuss our shared food future, bring people together on the topic, challenge visitors to think beyond the first steps of technology and into a full ecological spectrum where food, soil, animals, humans and technology will have to strike a balance. We use art and design as tools to reflect, connect various disciplines and reshape our current view on our edible future. 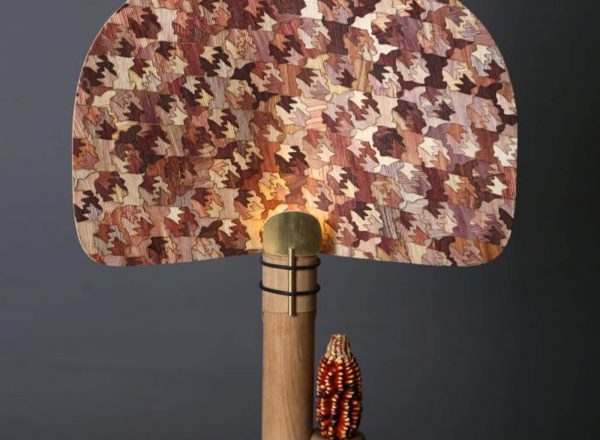 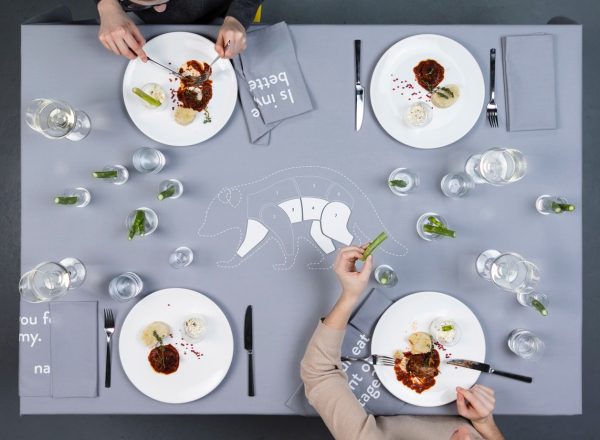 Can we change the world by eating?

“We all eat and this very simple, basic human need impacts the world on an immense scale. As we all need food, we also have the ability to change the world [through] eating. Many people feel they are not connected to the future of food. They think the future of food will be decided by governments or large corporations and they might think the future is far away and will not include them. It is important to realise that what we do now and how we behave now, will shape the future. We might even have more impact on the future than we have on the present. Designers working with food is a relatively new field of design. Many designers are fed up with making more products. As food consumption and food production are complex issues, [they] need new ways of thinking. Designers collaborating with chefs, farmers, dieticians or retailers can create alternative food realities. The speculative creations in this exhibition are meant to open up your view of food and the act of eating,” says Marije Vogelzang – founder of The DIFD.

The participating artists and their projects are: