In 2015, the Food Design Institute at Otago Polytechnic were invited to deliver a food experience/performance at White Night Auckland (New Zealand). White Night is billed as "... a night-time cultural festival that transforms the urban space into an arts destination for experiencing the best of new and experimental art forms, performances and culture."

The White Night vs Black Forest dessert experience was developed by a team from the Food Design Institute. The team of nine chefs, front-of-house experts and food designers developed the overall concept, designed and tested menu items and designed the overall experience. A total of 90 guests were part of the experience across five individual 50-minute performances.

The overarching concept for the experience was a questioning of the cultural hegemony of French culinary arts and fine dining. It was driven by recent calls in academic literature for a critical questioning to occur in culinary arts practice that takes it beyond its non-reflexive existence.

The experience was designed to have guests leave with a feeling that they had experienced a completely new way of eating: an experience unconstrained by the formal structures of traditional fine dining but that had some key reference points for them to be able to make sense of it.

A series of bourdieusian opposites.

Drawing upon Bourdieu’s discussions of cultural capital, the experience was underpinned by a series of opposites that explored the structural and agentic dialects inherent in the Francophile fine dining tradition. The ‘white’ dish (first course) was founded on the structures of the hegemony of fine dining, while the ‘black’ dish (second course) was a decoupling of these structures that attempted to give agency back to the guest. These opposites included: 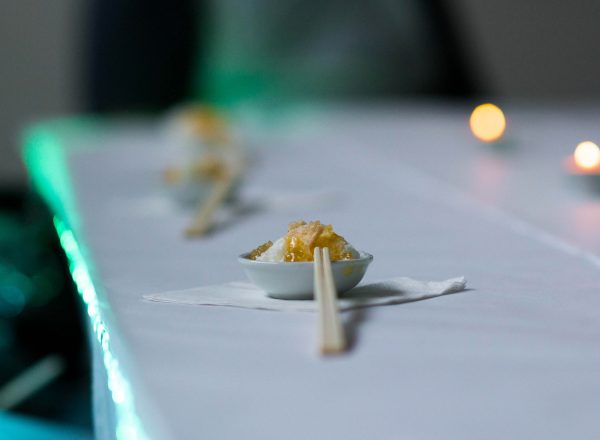 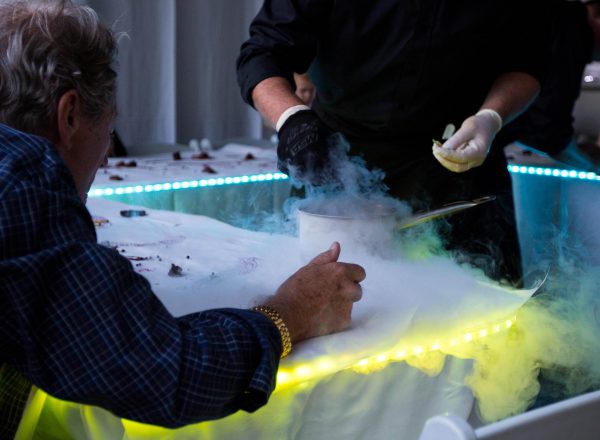 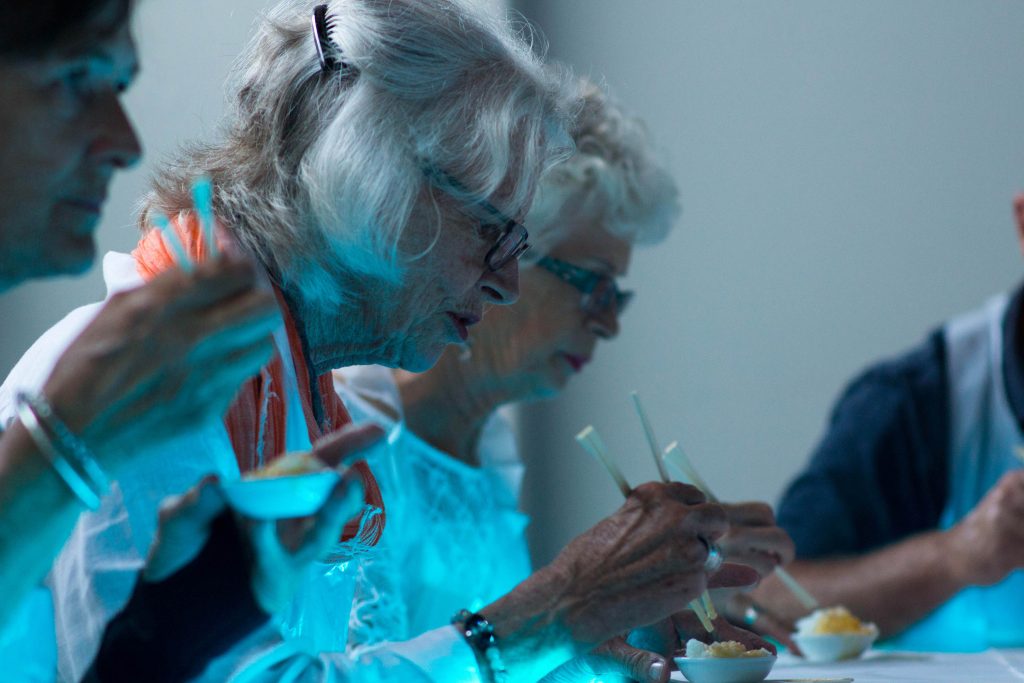 This was intended as a relational aesthetic performance in the tradition of artist Rirkrit Tiravanija, where guests were introduced to a space that allowed them to also develop their own experience, interpretation, emotions and stories (they effectively became a part of the art). As such, each of the five performances over the evening unfolded as unique experiences co-created by the guests and the hosts.

The key lessons learned from this experience have also allow the Food Design Institute to collaborate with other design teams to develop more sophisticated experiences involving a wide range of multimedia. White Night vs Black Forest became a test-bed for approaches to story-telling through food, as well as communicating abstract concepts through a tangible dining experience.

The experience was also a real test of logistics and planning skills. All food and props were prepared 1,200 kilometres from the venue and packed down (as checked in luggage) for the 2-hour flight to Auckland. The remaining food preparation was prepared in a make-shift kitchen with a domestic oven, a microwave and few pots that had only been viewed by one member of the team prior to the event.

More broadly, however, White Night vs Black Forest was the beginning of wider research project that critiques the dominance of the French culinary canon in culinary education. This has included masters and doctoral studies in this area and several performances and conference presentations delivered around the globe by various members of the Food Design Institute. In particular, there has been an exploration of how design can be used as a teaching and learning approach to allow education to break-free from the apron strings of the French culinary hegemony. 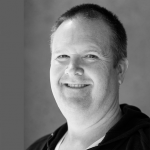