With their new project shown at Vienna Design Week 2020, designer Jakob Glasner and agricultural scientist Philipp Lammer aim to bring people from all along the food chain closer together. From tomato seeds to tomato soup, via rare plant breeders Arche Noah and pan makers Riess, Glasner explains the journey.

In the context of future foods, technological solutions (like artificial meat, for example) tend to get a lot of attention, which is understandable and to a certain extent also very important. At the same time I wish more attention would be drawn to questions about the societal implications of the industrial shift in food production and the privatisation of crops – and alternatives to them. To highlight one alternative, the Bauernparadeiser initiative is a network of farmers, breeders and scientists who develop tasty and robust tomato plant variants in a collaborative process, which are also common property. Their approach reminded me a lot of open design strategies. The only thing that was missing was the involvement of the eater. So we started this project involving the gustatory feedback of “consumers”.

How did you choose and approach the players involved? Was it difficult to explain the idea and get them to participate?

I’ve known Philipp Lammer, the agricultural scientist and one of the managers of Bauernparadeiser, for years. The project is the result of many discussions about the future of agri- and food culture. He suggested partnering with the community-supported Jaklhof farm in Austria, which is part of the Bauernparadeiser breeding network. There are three family generations working on the farms. Discussing our experimental design concept and food culture in general with the grandmother was one of the most memorable moments of this project for me.

"I can see an increasing openness towards rethinking business models and products from the ground up."

Do you think the potential value of design to a production process, rather than in terms of aesthetics,  is becoming more understood and recognised outside the field of design?

Puh, I wish. During times of climate or health crisis like these, the awareness that many problems may lie in structures and not on the surface can increase though. From my commercial experiences, working mainly with small to medium-sized businesses, I can see an increasing openness towards rethinking business models and products from the ground up. 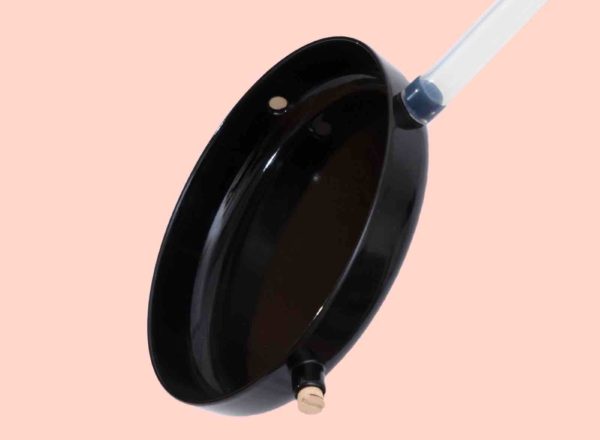 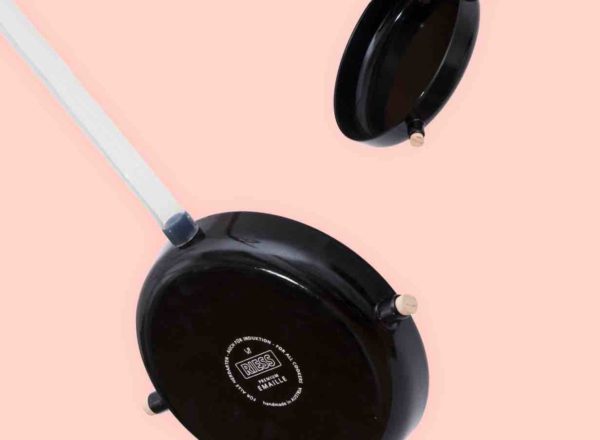 Is there still a necessity to create an “object” as part of such projects in your view? Does it help people to understand better?

There is no necessity but personally I simply love to visualise questions or ideas through objects. I’d rather look at something irritating than read a text or watch a video. Altering everyday objects is just a perfect way to trigger emotions or experiences. In the case of the connected soup dishes we made here, they immediately took me back to dinners during my childhood, questioning the distributive justice of food as well as asking: who are we connected with via our food?

Was the project a success in your view? What conclusions did you come to? Where would you like to take this idea/theme next?

I’ve really enjoyed working with Riess Emaille, who made the connecting soup dishes, and everyone from Jaklhof, who grew the tomatoes, a lot. I am also thankful for having the chance to work on a topic that’s close to my heart as well as showing it at the Urban Food & Design exhibition at the Vienna Design Week. We are looking forward to cooperating with restaurants in the future as well as seeing the results of the open design breeding approach. 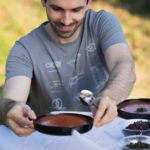