During the global pandemic everything outside our homes becomes a perceived danger. We use physical barriers such as shields, screens, masks, gloves and perspex sheets to distance, protect and isolate ourselves. As well as chemical barriers in the form of soaps and alcohol-based disinfectants. We are not just isolating ourselves socially, we are also isolating ourselves from bacteria and viruses as much as we can – eliminating interspecies communication. The fear of the virus is accompanied by a fear of everything intangible.

Inside our homes, the two main places where we come into contact with bacteria are the bathroom and the kitchen. They are also the places where we tend to strive hardest to eliminate bacteria and keep “clean”. “In a time when the relationship with bacterial environments is endangered”, say designers Anastasia Eggers and Philipp Kolmann, “we want to promote spaces shared with bacteria both in food and in body culture that have always been present in traditional practices”.

So how do we make new, “healthy” relationships with bacteria, new domestic microbiomes in these sequestered times?

“A shared domestic setting for both culinary and cosmetic processes.”

Kitchenbath is a new performative project being presented by Eggers and Kolmann at the Vienna Design Week 2020. Essentially it creates “a shared domestic setting for both culinary and cosmetic processes”. The project grew out of an earlier collaboration they did together called Cosmopolitan Cheese, which responded to the fact that the form and flavour of original cheeses are as much a result of the local bacterial populations (and the very personal ones of the cheesemakers themselves) as they are of climate, vegetation, seasons, and breed of the milk-producing domestic animals. 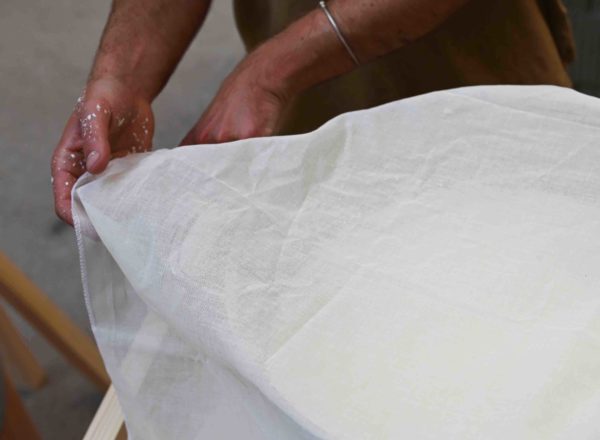 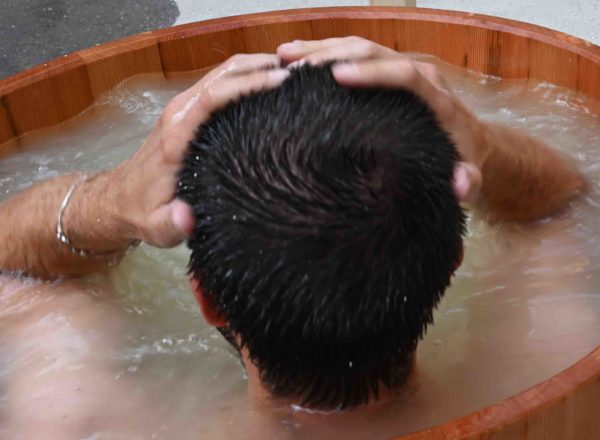 Kitchenbath, say the designers, is “a space in which the kitchen and the bathroom fuse in one shared environment that allows for cohabitation with good bacteria. It creates a connection between hygiene practices relating both to our bodies and to traditional food production practices.” The first part of the performance is about the initial processing of foodstuffs and the making of curds. The second part of the performance involves bathing in the by-products of the food-making (whey) in order to introduce lactic acid bacteria to the microbiome of the body, restoring external and internal microbiota. The project also includes a set of tools intended by the designers to function in a kitchen as well as a bathroom environment. “This new environment”, say Eggers and Kolmann, “is a playground for us to practice our relationship with other species.”

Anastasia Eggers works in the fields of speculative and critical design and research. With her work, she addresses political and socio-cultural aspects of the food industry. She studied design in Germany and Russia and has an MA in Social design from the Design Academy Eindhoven, NL.

Philipp Kolmann has a BA from the Food Non Food department of the Design Academy Eindhoven. His goal as a designer is to broaden the understanding and use of senses such as smell and taste and establish their use as valuable means through which to address culture and locality.