South Africa’s first insect café, The Insect Experience, opened this month in Woodstock in Cape Town. Our Food, Design & Culture correspondent Hannerie Visser, from Studio H, asked Leah Bessa, one of the founders, a few questions about creating food with insects, and the response from their customers.

What is your history, what did you study and how did you get involved in designing food with insects?

I completed my MSc Food Science from Stellenbosch University in 2016 where I looked at insects as an alternative protein source, and thereafter I worked as a product developer for 2 years. I then decided to go back to academics and do my PhD in insects as an alternative protein source, and at the same time co-founded Gourmet Grubb with Jean Louwrens. We felt that is was the right time to bring insects into the market in a different way that could change the industry. When we founded Gourmet Grubb, we went through endless product options, starting with something that was relatable and ‘easy’ to replicate. I really wanted to create something completely different to what had been done before to really change the way people perceive insects as a food ingredient, and through many different approaches we decided ice cream was a really fun way to get people to try it as well as showcase insects as a dairy alternative; something that had never been done before. It was through the Design Indaba’s Emerging Creative programme that I really had the opportunity to showcase the design side of our product approach.

Do you see yourself as an artist, a food designer or a chef?

I feel that I am an amalgamation of a scientist and a food designer. I love the investigative and exploratory nature of science, however, I am driven by the desire to create something new and different. As a scientist I develop products from a place of knowledge and to create an impact, and from a design perspective I want to challenge the way we eat and how we present it to the world, in this case it’s taking insects which have a big aversion factor, and creating products to change that perception, as well as a space (such as the Insect Experience) to bring people together in a space that encourages and supports culinary exploration using insects as a tasting experience.

"I like the mealworms, as they have a slight cashew nut flavour to them"

What is on the menu at your pop-up?

It’s a small tasting style menu with each dish based on a concept. We have a range of insects from black soldier fly larvae, to Mopane worms to mealworms, all made in a modern way.

Do you have any favourite insects in terms of flavour?

I like the mealworms, as they have a slight cashew nut flavour to them, but I am still on a mission to try way more to be able to get a wider variety to choose from. 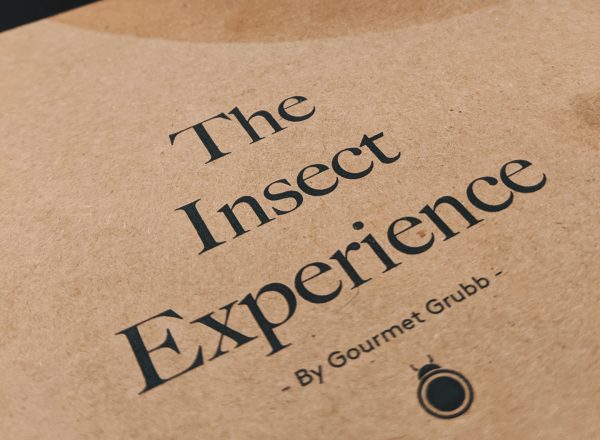 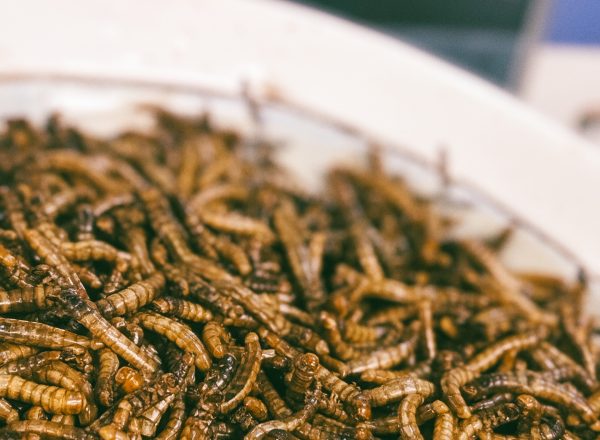 The pop up is at the GoodSpaces (242 Sir Lowry Road) Woodstock, it’s a curated food space, with a range of good food stores. It runs until the end of August, and the best way to know what’s next is to keep and eye on our Instagram page for our movements @gourmetgrubb.

Where do you find your insects?

How sustainable is insect eating in SA?

I think at this point, most of the insect consumption is all informal trade and wild harvesting, which does have the risk of becoming unsustainable due to over harvesting. For example, the Mopane worms, which are a delicacy in Africa, are at risk of becoming endangered due to overexploitation. A good option going forward is designing sustainable farming methods for insects, and that will prevent wild harvesting and disturbing natures balance.

How has the SA public received the brand / how open are they to trying food with insects?

People are a lot more open than we had anticipated! We thought it would take a lot of convincing to get people to even just taste our ice cream, but because it looked exactly like ice cream and it was so far removed from looking like an insect, people were so open to trying it. The concept store, which has a variety of different options has also demonstrated how open people are to trying insects. There’s a bowl of dried mealworms and black soldier fly larvae on our counter, and at first people get a fright when they see them, and within minutes their curiosity has already convinced them to grab a handful and try them. It’s been really cool to see how receptive people can be when something is done in the right setting.

What do you think is the future of insects in food in a SA context?

I think the insect industry has a very promising future in South Africa. We have the traditional context for insect consumption, and I think with the right approach and companies entering the market, it could really modernise insects as a food source in South Africa. Some incredible insect research is coming out of South African Universities, so we have great potential to build a holistic eco-system.

This article was written by Hannerie Visser, our Food, Design & Culture correspondent, who is also the founder of Studio H.