In Need of a Revolution

When we open up our news feeds or listen to the scientists, environmentalists, doctors, and food professionals, we come to the realization that we can’t deny it any longer: the way we produce our food is in need of a revolution.

While there may be a consensus on the common goal of creating a healthy and sustainable food system that can feed the world, two opposite visions emerge when it comes to understanding the how. One vision sees the future of agriculture as more ecologically conscious: small-scale and short chain, while the other sees the solution based more in technology and efficiency. Many questions come to mind when reviewing these two apparently discordant visions. Does sustainable agriculture require fewer or more technological gadgets? Should we choose small-scale or mega-corporate farming? Which method produces better seeds: traditional plant breeding or genetic modification? What does any of this even mean and how do we decide the right way to go?

Sicco Mansholt, the founder of modern European agricultural policy, was a farmer from Groningen, the Netherlands. In the late 1940s with the Dutch famine of the Second World War fresh in his memory, he dedicated his life to one goal: to produce as much food as possible, as cheaply as possible. He later became the first post-war minister of agriculture, and set up a highly efficient production system using subsidies and land merging. Under his leadership, technological innovations such as tractors were given ample use, as was the large-scale application of fertilizer and crop protection. (These included toxic pesticides and herbicides, like Monsanto’s notorious gyphosate based products.) Within ten years, the Dutch and European food systems transformed from a small-scale, labor-intensive sector into a modern, efficient, and large-scale system. This was a remarkable success which found a following worldwide.

However, there are limits to the extent that this system can grow and we are starting to notice the negative impact of its implementation. Our food chains are now more complex than ever: a result of international trade aimed at maximizing profit and minimizing cost. This system prioritizes huge quantities and low prices and results in a plethora of negative repercussions such as poor quality, unfair labor conditions, and unsustainable cycles of production. This conception of food production has taken its toll on the well being of the entire planet.

“In increasingly complex international food chains, it is useful to start documenting the amounts of kilometers a certain food needs to travel in order to arrive at the supermarket or your plate..."

Origins of the local food movement

The debate about encouraging another, more local food system has been going on since the late eighties and began as a reaction to the globalized, economized model of agriculture. Local, regional, seasonal, and honest seem to be the buzzwords of this countermovement. Over the past twenty years, the Slow Food movement has risen to international prominence. This remarkable collective introduced a manifesto in which ‘good, clean and fair’ ways of producing, processing and consuming food are the ultimate goal. Here, ‘good’ signifies the quality of the product, ‘clean’ stands for minimally processed, and ‘fair’ addresses the social justice dimension for the producers and laborers.

The concept of food miles was also one that catalyzed the advent of local food movements. Introduced by professor Tim Lang from Slow Food University it states that, “in increasingly complex international food chains, it is useful to start documenting the amounts of kilometers a certain food needs to travel…since these kilometers are connected to the amounts of emissions. Reducing these food miles creates a more sustainable choice.”

In the late nineties, top chefs involved in New Nordic cuisine started questioning their classic, often French cuisine style and returning to value local food and knowledge. This began a global trend, and local and regional food has become a standard in high-end gastronomy. But the high-end is where it ends: successful examples of increased revenue for local products can only be found in the upper-middle class sectors of the hospitality world, and have not translated to a growth in the market for local food. 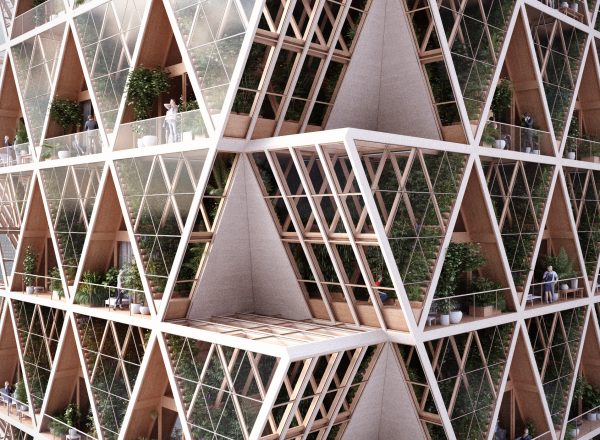 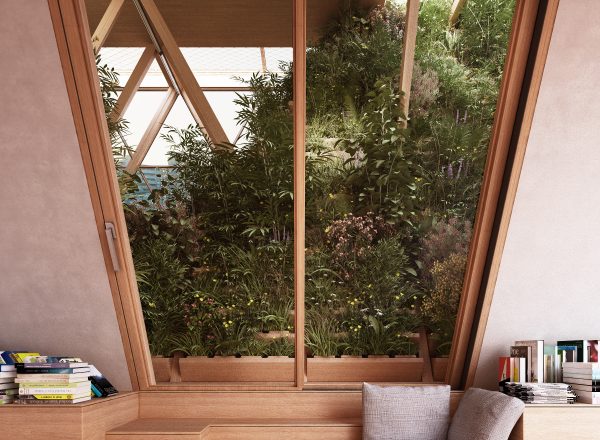 Why has this revaluation and return to the local not become as widespread as we may have hoped?

First, the current food system is notorious not only for the remarkable amounts of food but also by its remarkable diversity. Not only are local and seasonal foods available, but so are foods from all over the world, at any given time of year. Imagine having to give up our daily cup of coffee, or our comforting bars of chocolate. Limiting our selection to only local and seasonal foods decreases convenience and variety, and consumers are not willing to give this up.

Second, post-war industrial development and the widespread access to cars paved the way for super-sized supermarkets–cannibalizing local shops on the way. People used to buy their food at specialized shops that were walking distance from their homes. These small, specialized shops created a space for the exchange of knowledge between buyer and seller, increasing our perceived value of food. The economies of scale for supermarkets allowed prices to drop, and the ownership of a car meant that you could buy cheaply and in bulk, damaging our relationship with the value of food.

Finally, the urban lifestyle demands convenient and timesaving solutions. Urban lifestyles combined with the widespread availability of processed foods led to a shift in our diets from seasonal, fresh food to processed food that is available year round. In the Netherlands, only 5 food corporations determine most of the products on offer in supermarkets, where 70% of consumers buy their daily groceries. In these environments, the local food offering often does not exceed more then 8% of the market.

To change our food system, we must re-value our food and the ways in which we interact with our food landscape.

In the future we can expect the development of unprecedented enormous metropolitan regions. For example, the Chinese government has a planned Big-Beijing, a program intended to expand the city of Beijing to a population of 130 million, and to cover an area twice the size of Portugal. This transition to urbanization is happening in all parts of the world.

But where does that leave the possibilities of local, small-scale food in the future?

As always, the impulse for change comes from radical and innovative mindsets: organic farming has created awareness around the use of fertilizers and pesticides. Trends towards local food makes it possible for the wealthy urbanite to focus more on fresh and less on processed food. A better connection between producer and consumer could reduce the food miles, improve the bargaining position of producers to get fair prices for their products, and it could contribute to our goals regarding the climate and biodiversity.

In the discussion around agriculture and food, the perspective of local, versatile and short chain production is often positioned as polar opposite to the globalized food economy. The truth is, of course, many times more nuanced. The current local food system is often over-romanticized, but reverting to 18th-century agricultural techniques will simply not be enough to sustain the world population. The industrialization of agriculture made food more affordable and widely available. It also changed the connection between production and consumption, rendering the consumer unaware of the production process and the struggles that come with it. This phenomenon changed the perceived value of these products, which short-chain production attempts to restore.

A future emerging food system may need to merge these two philosophies in a sort of meso-level. This meso-level would function as a link between both city and region, creating a regional food system that provides for the urban world. This will not only change the way we produce our food but will also necessitate a change in the way we shop and will likely create possibilities for new types of businesses. 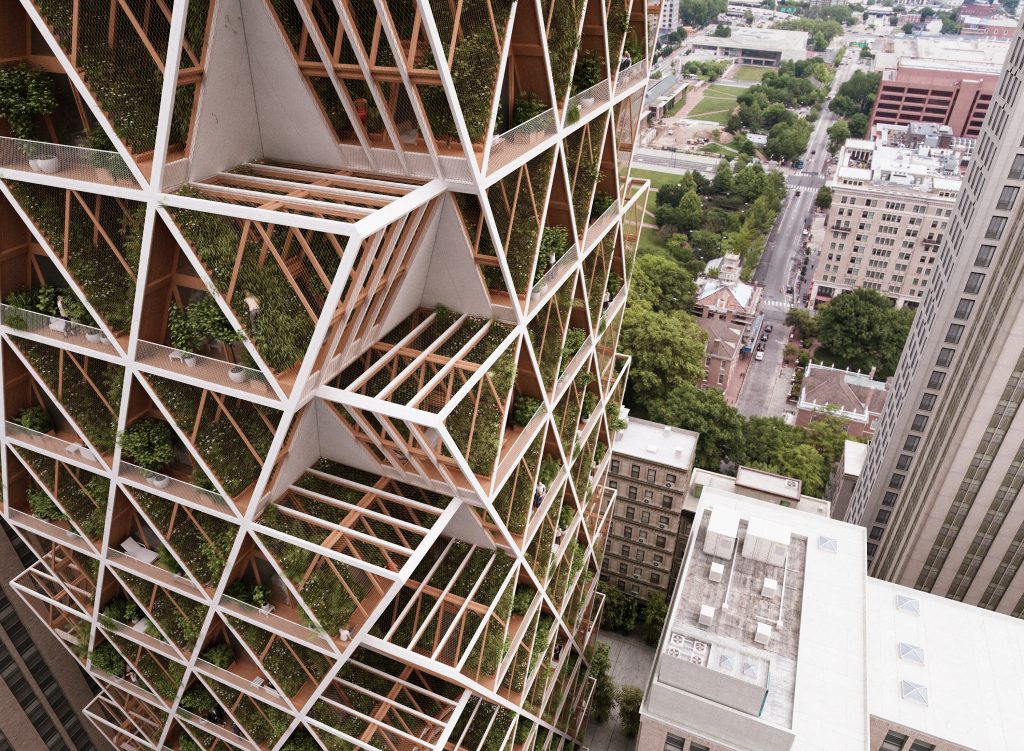 The next step will be answering the question of how we can translate the values surrounding small-scale local food, like the ‘good, clean & fair’ philosophy from the Slow Food movement, into this new food system. This might include the introduction of modern technology, mainly robotics and AI, which can help improve product quality, animal welfare and the work environment while reducing emissions and damage to the climate.

Regionalism offers a necessary antidote to globalization, and it is the challenge of our time to find the balance between local and international, between small- and large-scale productions and to evaluate all chains in between. There is an urgent need to redefine the over-romanticized (and often Euro-centric) concepts of small scale and local. These concepts get their significance only in relationship to the product, the region and the economic system they are in. They won’t offer a solution to all the big problems the planet is facing today, and will certainly not be a solution for the poorest 2 billion of our world’s population–those who would benefit the most from sustainable, affordable, healthy and safe food. The optimization of small-scale producers to a regional food system is a challenge for the government, the corporate world, the scientific institutions and the food designers of this generation.

In other words, this is a good moment to rethink, redesign, deconstruct, and untangle current systems and to knit together the past, present and future of food production, distribution and consumption. This awareness should not come from an exclusive sense of localized knowledge or identity. Rather, it should be defined as a combined effort for the creation of an inclusive community held together by the goal for social justice, physical and psychological well-being, equal access to quality food, and, why not, pleasant, flavor-centered food experiences.

This article was written by our correspondent Katinka Versendaal from The Eatelier. She was inspired to write this article by (and quoted from) the book “De buik van de stad” (ISBN 9789461644992), which is currently only available in Dutch.

All images are courtesy of Studio Precht.