Food culture is about food choices

Yue Liu is a Milan-based designer from China. Her childhood painting experience and academic studies in Product Design have built her design identity. Four years ago she dove into the world of food invited by one of her friends, to participate in a food project about tofu culture. From there she found food — the subject that has also guided her research for her Master’s degree in Product Design for Innovation at Politecnico di Milano. In Yue Liu's opinion, food and design is not only about creating new things, but also recovering those food cultures of value from the past and let them relive in the present, and take part in our future.

How would you describe the field of food and design?

Food is an enormous system. For me, it’s like a giant market where people can pick up different ingredients, each ingredient having its own story, its different issues and showing potential. What’s more, design for me is about creativity, like when you are in the kitchen, you certainly have to follow some basic rules, but you are always free to choose how to cook your meal. Food designers always try to interpret or reinterpret different aspects of food via variable methods, and the output can be a product, an installation, or an experience, or a visual communication and so on, but no matter what it is, the output is expected to contribute to human well-being.

Why does food and design interest you and do you have specific examples?

The most important turning point in my life was when my friend Xijing Xu invited me to join the project TofuDrink. It was a very long journey about tofu culture where we saw this huge iceberg within tofu production, I was not only impressed by its complexity but also its beauty. The outcome resulted in a food experience design based on an installation. It also led to an interactive cooking show in order to invite the audience to become part of the whole process. After that we also decided to create a design group which is called tofoodesign where we wanted to share more food stories through design practice.

The whole experience immersed me in the world of food and design, and I finally settled on this subject that determined my final research project “Pasta tra parentesi” for my Master’s degree. Discovering the beauty of food culture, understanding the complexity of the current food system, and finding connection points between tradition and innovation and then expressing them have become my main focus.

"We are gradually losing touch with where we came from and how our food culture began."

What position in the food and design field do you think is underexposed?

Food cultural heritage and its transmission. Most people are going for new things, new trends because of market impacts. We are gradually losing touch with where we came from and how our food culture began. Everything related to food was once invented by someone, and we’re continuously creating new stories that will eventually become ‘history’ in future. People who work with food and design should definitely work at keeping this long river of history flowing, keeping it fresh. 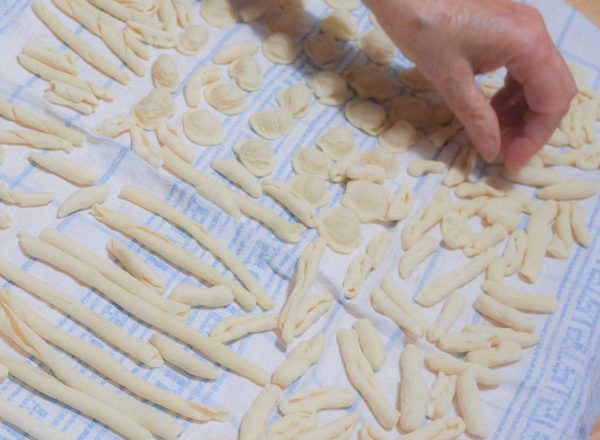 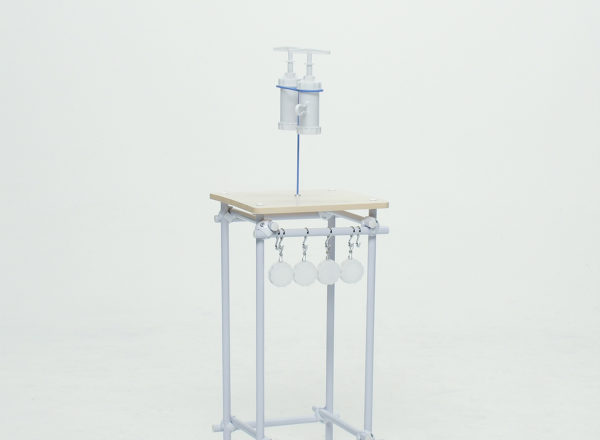 How do you see the future of food and design?

Everything is connected. As the Taoist saying goes: “Tao produces one (universe), one produces two (of Yin and Yang), two produce three (of Heaven, Earth, and Man), three produce the universe of all things. All things leave obscurity behind them, going forward to embrace the brightness (from which they have emerged), where vigorous energy stirs in harmony with each other.” The future of food and design has to be a collaboration, not only between different roles of the food system, but also a collaboration between our past, present, and future. That’s where the cultural reinterpretation is needed. And I would see that future as a ‘futuristic tradition’.

Which emerging designer do you think is interesting and why?

I am very impressed by Kuangyi Ku, who was formerly a dentist and now a bio-artist and social designer. Most of his research is interdisciplinary and in that way covers design, biology, art, science, etc. For example, his Tiger Penis Project is an amazing interpretation of traditional Chinese medicine, offering an alternative way that tries to “prevent the further destruction of both animals and traditional cultures, and provides more possibilities for the coexistence of human society and the natural environment”. Traditional cultures may have their issues, but we can always be inspired by them and find the potential they have to contribute to the future.

What misconceptions about food and design would you like to oppose?

Food and design is not only about food styling, specifically those visually appealing design projects aimed at stimulating consumption. Fortunately more and more food and design projects are emerging where a ‘client’ doesn’t even exist. Most of them are research-oriented instead of demand-based. I think that’s where new lifestyles will be born.

Do you think designers working with food need to address politics and social issues and why?

Definitely yes. I don’t think a food design project exists specifically for politicians or for ‘ordinary people’, as food is a universal language. Therefore, everyone can be influenced by a food design project. And designers working with food have the power to influence the consciousness and behaviors of everyone. So I think for designers working with food, addressing politics and social issues is not a choice, it’s a basic need. And obviously, the more layers of society that are involved, the more issues could be covered. In this system, the designer can be considered to be an intermediary offering more effective communications and inspiring more collaborations. The only thing that makes a difference is the starting point. If the aim of a project is to address those issues, that will happen only in some special cases, which really depends on a designer’s personal interests.

Can you tell us about the developments in food and design in your corresponding area?

As a Chinese designer living in Milan, Italy (for almost 4 years), it’s fascinating to ‘feel’ these two completely different food cultures — presenting very typical oriental and western ones, under the context of a Developing Country (China) and a Developed Country (Italy). Especially during the research for my recent project “Pasta tra parentesi”, I’ve set out on a long journey discovering pasta culture in Italy. I’ve collected numerous shapes and colors of different pasta, I’ve learned how to make fresh pasta with Italian grannies in their houses (inspired by Pasta Grannies), I’ve visited local pasta factories and pasta stores, I’ve visited the pasta museum (one of The Food Museums of Parma, Italy) and so on. All these encounters with pasta, with people, with places have offered me a 360° panoramic view in which to immerse myself in the culture. These experiences and memories are just like invaders entering my mind, inspiring me to create new interpretations combining Chinese and Italian pasta cultures. That’s also the reason why I chose pasta as the communication vector, because both China and Italy have a long, exciting history of making and enjoying pasta.

Food culture in the end is about food choices, and food choices ultimately guide our lifestyles. I would describe myself as an incomer trying to set root in Italy, and I would like to introduce my own new cultural visions through my design practice here. Italy is rightly proud of its culinary tradition, so new ideas can meet with some resistance. Meanwhile I aim to translate what I absorb into comprehensive language to contribute back to my own territory of China. In short, I imagine the developments in food and design as a story between east and west, old and new, slow and fast, tradition and innovation, craftsmanship and technology. These can actually support each other in achieving new goals and realizing new visions in order to improve quality of life, quality of spiritual wellness, quality ways of staying harmonious on our shared planet as a part of this huge ecosystem. 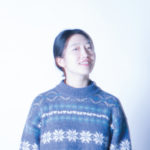