Our Berlin-based Food, Design & Innovation correspondent, Alexandra Genis, looked to space and earth for us. In this first part of her essay about questioning and rethinking food as an intermediary between living and dead matter, she looks to the mountains.

Earth seems much more edible than I would have expected. Food particles were found in meteorites hailing from space. Ancient sugar molecules might have transported life to Earth millions of years ago. Meanwhile, in the Anthropocene, our food-waste is accumulating to form the mountains and valleys of the future. This mysterious involvement of food in the spheres of geology and terraforming interested me. I interviewed a Japanese researcher working with NASA, who has found sugar in a meteorite, and a Swedish Speculative Design-duo, investigating chicken-bone sediments. Could thinking differently about food, namely as the physical mediator between living organisms and ‘dead matter’ give us a better understanding of our connectedness to this planet and the planets beyond?

Leo Fidjeland and Linnea Vaglund are from Sweden. Both did their Masters degrees in Material Futures at Central Saint Martins, London. They now live in Berlin and run studio NonHuman NonSense, supported by their intern, Filips. The duo works with speculative design to create new narratives for science and politics. Through their work, they question the attitudes and morals, which make up our modern common sense. In humorous ways, Leo and Linnea explore paradoxical stories, which diverge from a human-centered point of view and take on the perspectives of animals, plants, and stones.

"Every year 60 billion chickens are being eaten on Earth."

Their ‘Pink Chicken Project’ caught my eye. Every year 60 billion chickens are being eaten on Earth! This massive amount of poultry has resulted in a monumental number of chicken bones being discarded every year. The amount of bones is so big, it has become a new layer in Earth’s crust. That means if in 1000 years humans dig into the grounds to look for remnants of their history, our Epoque will be a chicken-bone layer in the sediments. NonHuman Nonsense proposes to color this Anthropocentric layer pink by modifying the genome of chickens through a technology called gene-drive. “We call to reimagine our relationship to the nonhuman world.”, Leo explains to me. “Whoever will control new technologies such as the gene drive in the future will also hold the power.” 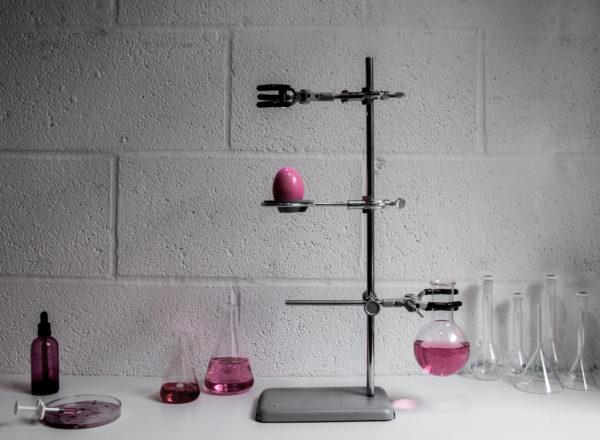 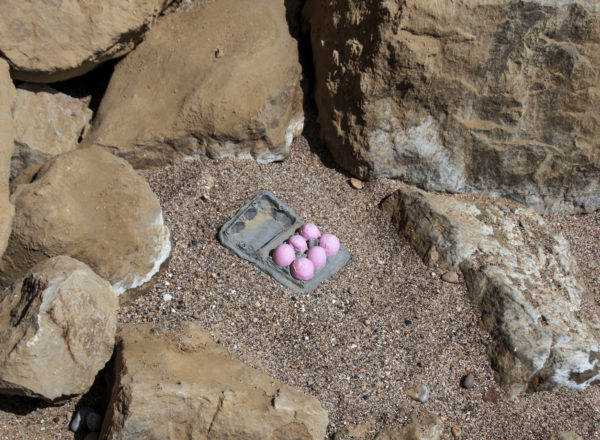 To me, it looks like, through the Pink Chicken Project, the human food system gains momentum as a political and ecological power catalyst. Leo is convinced that the gene drive will be picked up on a big scale by the agricultural and pharmaceutical industries very soon. NonHuman NonSense wants to bring this issue into the public discussion, so the Pink Chicken was a guest at the United Nations Convention on Biological Diversity. Linnea recalls the atmosphere during the congress as being very tense. “The Pink Chicken became a rumour spreading so fast, all the congressmen wanted to come and touch it! That made the conversations friendlier and more open. There was less conflict all of a sudden.”

Their latest project is called ‘Planetary Personhood’ and deals with issues around colonising the planet Mars. I asked NonHuman NonSense about how they see food in the context of their new work. “We are completely made of dead matter we put into ourselves.” says Leo. Linnea adds: “Humans call certain types of dead matter ‘edible’. You would think it’s dead but then you put it into your mouth and it affects you. We find that interesting. We should practice humility in front of all the things humans don’t know about how we are interwoven with physical matter.”

The favourite food of Linnea is “slimy with a surprise” (eg steamed dumplings), Filips likes broccoli for its Fibonacci-Esque allure, and Leo enjoys cooking the same dish many times to practice micro-improvements.  For more info about NonHuman NonSense visit www.nonhuman-nonsense.com. 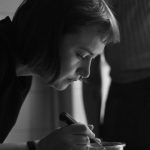