An Experiment in Speculative Gastronomy

What effect will the rising temperatures have on the production of common foods? What would happen if we put invasive species on the menu? Are the tomatoes we can find in the supermarket advanced pieces of technology or still products of natural processes? And could a plant become a brand? Can we hack our brain’s performance with my lunch? What would be the perfect meal in a fast-food world? Can fast food be personalized to our taste? Or could food become medicine? Could we, literally, eat our way out of our problems? And what would that taste like?

Evolution of the Omnivore: an Experiment of Speculative Gastronomy is a project by food design studio The Eatelier and creative Chef Pippens, in which they aim at revealing and mapping emerging trends in human diets within a rapidly transforming planet. The project’s intention is to reflect on current problems affecting food production and consumption, and to propose a vision of how human alimentary habits and diets could look like in the future.

Evolution of the Omnivore: an Experiment of Speculative Gastronomy is based upon three main areas of intervention (climate, technology, and pharma-medical) and it uses these categories to expand the common definition of omnivore species to include the ecological, social, and biological complexity of eating in the 21st century. As a consequence, three diet profiles are proposed. The output of the research will take shape as an 18 courses dinner-event during Dutch Design Week 2019 in which guests will be able to experience and taste The Eatelier’s and Chef Pippens’ interpretation of the future of food. 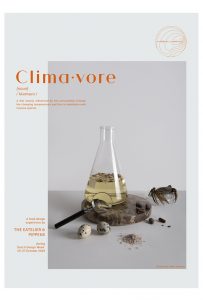 A diet heavily influenced by the surrounding climate, the changing temperatures and the co-habitation with invasive species.

Climate is changing, temperatures are rising, so is the sea level. Micro-plastic materials can now be detected in the rain, as well as within the animals we eat. As goods are produced and shipped all over the world, foreign species tag along and circulate through the global trade networks and find a comfortable habitat on the other end of the globe. The rising temperatures create a beneficial climate for these new species to prosper. What else is going to change due to massive climate mutations? Do these phenomena have an impact on local biodiversity? In the Netherlands, currently, we have an invasive crab species gaining territory in the river ecosystems. If invasive species lack a natural predator in our eco-systems, could we include them in our diets and food chain? Could we, in other words, eat the problem?

Climate change results in droughts, decreased water access and higher temperatures on a global level, which in the future will affect the species that can be grown for human consumption. The wide use of mono-crops over the past few decades has led to the development of a type of agriculture that may be unprepared for the challenges of an aggressively transforming climate. This may result, for example, in the mutation and disappearance of very familiar and globally available agricultural products. Additionally, the heavy industrialization and engineering of the food sector has caused traditional and regional-specific food preparations and flavors to vanish from our taste experience, resulting in diminished local variation and a worldwide homogenous flavor palette. How can we reverse that through gastronomic intervention? 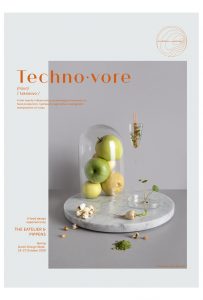 Agriculture and husbandry are commonly regarded as fundamental markers for the beginning of human civilizations. Through the centuries, their development has led to a selection of those animals and crops that could be more efficiently produced and consumed, and to a progressive exclusion of those which did not. Since the 1950s “green revolution” swept from The Netherlands through Europe and all over the world, food has been mass-produced globally, becoming a strategic commodity of huge economic value. This can be seen for example when green beans from South Africa are being shipped and consumed all over the world, or sushi looking the same in New York, Stockholm or Eindhoven, or realizing that 60% of the calories consumed in the world today originate from a total of three crops: wheat, corn and rice. Our food supply and consequent diets have been standardized worldwide, and the vegetal and animal species that we regard as the most familiar and common have become the dominant species on the planet. Certain vegetal species became dependent on human activity for their own survival, but when 60% of our dietary supply comes from three crops only, who is really domesticating who?

As technological developments start to be heavily entangled with natural processes, the difference between things that are generated (nature) and things that are designed (technology) starts to blur. In this sense, should we regard the average tomato we find in the supermarket as a piece of technology or is it still nature? From the moment its seed has been planted, we can have precise expectations of the time it will take to fully grow, and how big, round, red and sweet it is going to be at harvest. Hydroponic farming has opened to the possibility of cultivating crops without soil and within urban environments. In the meantime, the industry allocates massive resources on research directed to produce specific flavor and texture expressions, delivering food experiences that even the most expert chefs could not be able to reproduce, and therefore exclusive to industrial-produced foods.

The public has become familiar with GMO corporations’ (such as Monsanto and Bayer) practices of industrial patenting and intellectual property claim on crops and seeds: a plant and its genetic composition can now be understood within the scopes of corporate logic. For instance, this has caused political reactions following Monsanto’s legal actions against farmers accused of using seeds improperly or not paying royalties, especially in the Global South. In this world of branded foods, it’s not difficult to imagine our own bodies as ‘built by a brand’ or to consider ourselves not as consumers, but rather as the end products of such agro-corporate processes. What are the social consequences of such realization? For example, as an athlete or a supermodel of the future, would you accept sponsorships from corporations like Monsanto or Bayer? Would you be willing to be ‘branded’ in exchange for free food? 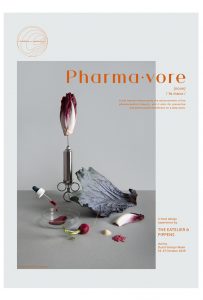 A diet heavily influenced by the advancements of the pharmaceutical industry, and it aims for preventive and personalized healthcare on a daily basis.

Future Fast Food is our daily food and it is healthy

The fast food industry is going to be even more relevant in the future, as it is seen as the most convenient source for individual, “on-the-go”, and ready-to-eat options. But, in the last decades, the public has become more aware of the health risks associated with fast-food-centered diets. In the future of fast food and ready-for-consumption alimentary products, consumers will require exact knowledge of the ingredients, preparation, and the nutritional and health contribution of each meal. This knowledge may restore trust in the big industry, while expanding the presence of healthy options in fast-food offerings and become a part of daily nutrition.

Millennials are increasingly more aware of the effects of what they eat on their own health, which results in a newly found attraction towards healthy and fit lifestyles. This also comes with the growing realization that one body is different from the other and therefore has different needs. As they seem to move away from doctors, they start to look at how certain ingredients can have an impact on their health and well-being, transitioning from curative healthcare towards daily, preventive diets. In this context, personalized medicine and individualized healthcare have emerged as the preferred philosophies behind the daily attention we dedicate to our own well-being.

Tickets are available at www.the-eatelier.com